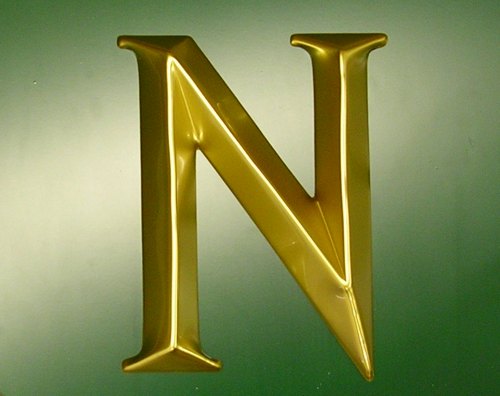 Friz Quadrata is a glyphic serif typeface designed by Ernst Friz and Victor Caruso in 1973. It is currently available from the ITC and Linotypefoundries.

Friz Quadrata’s strong, classic look has been used by a range of institutions and entities. The font’s regular version is used for all official logos of the Chilean Government for the current and previous administrations. The logos of the University of Wisconsin – Madison and Polish private university Wyższa Szkoła Zarządzania i Bankowości are in Friz Quadrata; The University of Arizona uses Friz Quadrata as its official font for all logos and trademarks, along with Austin Community College in Austin, Texas and King’s College in Charlotte, NC. The now-defunct Progressive Conservative Party of Canada used this typeface from 1996 to the party’s dissolution in 2003. The New Mexico Democratic Party uses the font for its logo, and it is also the typeface for the Quebec wordmark. It was also used by the University of Phoenix in its logo until recently.

The font is highly recognizable, especially in the United States, on the identifying plaque of One Police Plaza, the headquarters of the New York City Police Department, which has its letters carved in this typeface. Consequently, the typeface is used in the titles and credits sequences of the TV series Law & Order and its spin-offs.

Friz Quadrata can be seen in Blizzard Entertainment’s 2002 RTS Warcraft III and 2004 MMORPG World of Warcraft to display character names and item information. It is also seen in the video-game series Fate (video game). The font is also used by the Phoenix Coyotes of the NHL on the names on its uniforms and the Bond University of its official logo. The italic version is used by the University of Cincinnati Bearcats on athletic uniforms and logos. The font was also used in the end credits of most movies made by DreamWorks Animation, as well serving as the credits of the 1983 film Scarface.

The font was the primary typeface utilized inside all Shadowrun role-playing game books from the first edition (released in 1989) to the third edition (released 1999), although the developers of the game dropped Friz Quadrata—and switched to Klavika—in 2005 with the release of the game’s fourth edition.

Friz Quadrata can be seen in the logos of influential hardcore punk bands Black Flag and Bad Religion, as well as by punk band the Offspring. Singer Mariah Carey also used Friz Quadrata on many of her album covers.[1] For almost 10 years it was used for the TV One logo in New Zealand. It was used as the title font for Bungie’s Pathways into Darkness.

League of Legends, the multiplayer online battle arena game, uses a modified version of the Friz Quadrata in its logo.